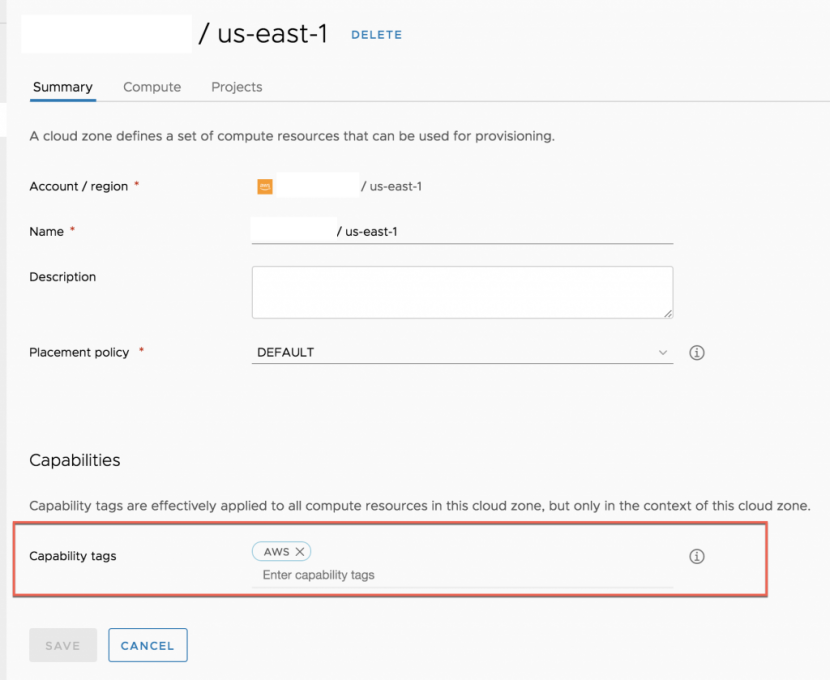 In this blog post I will be demonstrating how to create a Cloud Agnostic Blueprint in VMware Cloud Assembly to deploy an Ansible Control Machine to any cloud. The target cloud can be specified as an input during deployment

VMware Cloud Assembly orchestrates and expedites infrastructure and application delivery in line with DevOps principles. It uniquely provides broad and deep support for VMware-based private and hybrid clouds including VMware Cloud Foundation, VMware Cloud on AWS and vSphere as well as native AWS and Azure and GCP public cloud environments

What is Ansible Control Machine

Any Linux based machine with Ansible installed. Windows isn’t supported for the control node. There are certain requirements for control node which are listed here

If you need a refresher, the following table lists the short description of various terminologies for Cloud Assembly.

For more information, you can refer the documentation here

You need to have the following configuration in your CAS environment

Blueprints are the specifications for the resources that you deploy. We will be using Cloud Agnostic components of the blueprint so that same blueprint can be used to deploy to any cloud.I have shared the blueprint on my GitHub repo here

Next, you will be stating the details which were configured as part of the requirements above.

Here we will be using Ubuntu Operating System and deploy a Virtual Machine with the 2 vCPU and 4 GB RAM if it’s a vSphere-based machine or t2.micro if it’s deployed on AWS

Customize the image with Cloud-Init – As you might already be aware, we are using cloud-init to install packages and do the Ansible specific configuration using cloudConfig. You can also refer to Ansible documentation for detailed here for detailed setup instructions. In our blueprint, we are doing the following

Here is what the final blueprint will look like.

You can now deploy from Blueprint and specify the input parameters. Here I have selected AWS as the TargetCloudType with default credentials.

Once the deployment is successful

And yes, you can also add this Ansible Control Machine as an Integration in CAS. You can refer here for more details!

This hopefully showed you can leverage VMware Cloud Assembly to build a Cloud Agnostic blueprint to provision real world, useful applications across multiple clouds. You can refer here for more blueprint samples in CAS